*Please keep in mind that this is information is specific to North Carolina law. Contact an attorney in your state or your state’s alcohol beverage commission’s office to find out specific information about this. 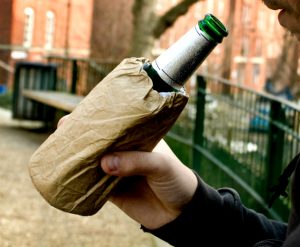 People use the term “brown bagging” a lot, but when it comes to alcohol it has a very specific meaning-one that may not be intuitive to everyone.

FYI: a lot of people use the terms brown bagging, corkage, and BYOB interchangeably, but they’re not the same thing in NC. Brown bagging is one of the obscure, odd permits in NC. A brown-bagging permit authorizes each patron of an establishment to bring up to 8 liters of fortified wine or spirituous liquor, or 8 liters of the combined two, onto the premise to consume (See NC ABC). Note that this permit does not include malt beverages. Brown bagging permits can only be issued for:

The above establishments can apply for a brown bagging permit in only NC counties with laws forbidding the service of mixed alcohol beverages.

If you have any questions please do not hesitate to email me at john@beerlawcenter.com or john@mathesonlawoffice.com or call 919-335-5291.