A lot of buzz has been devoted to producing beer with hemp seeds and hemp generally. So much traction that the plethora of articles on the Internet suggest that this is a new category of beer. Actually, the first commercially available hemp-brewed beer came from Frederick Brewing Company in 1997. Recently, more breweries across the United States are experimenting with hemp beer. North Carolina’s very own Four Saints Brewing Company in Asheboro, NC started brewing with hemp. Other examples of breweries joining in this new green trend are: Hemp Brou in the Czech Republic, Hemp Ale from Humboldt Brewing Company in California, and Millennium Buzz in Alberta, British Columbia.

In fact, industrial hemp is becoming such a huge part of the United States’ economy that the North Carolina Industrial Hemp Association was created in 2015 to promote the industrial hemp industry within the state.

Before we delve into hemp beer, let’s take a moment to differentiate industrial hemp and marijuana. Industrial hemp originates from the same species as marijuana, but is distinguishable by its THC content. THC is a cannabinoid produced by the plant that causes the psychoactive elements from marijuana. Hemp contains less than 0.3% THC.[1] Industrial hemp production was legalized in North Carolina in 2016, and now there are over 100 hemp growers in the state! 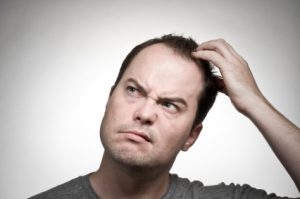 So, it makes sense that Four Saints Brewing Company partnered with a local hemp operation facility in Asheboro to use hemps in their beers.  And that bought us to our next issue: what is the TTB’s policy on hemp in beer?

When you submit a formula/statement of process for an alcohol beverage containing hemp, you must:

Beer that contains hemp in NC must contain 0.3% or less THC. If the beer contains more than 0.3% THC it will be considered marijuana and illegal.

The NC ABC also requires a copy of the lab analysis provided to the TTB.

If you have any questions please do not hesitate to email me at john@beerlawcenter.com or call 919-335-5291.