Moving a Brewery into a Historic Building? Think Twice. 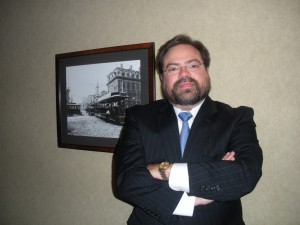 Well, it’s a picture of an old building. Does that count?

I’m not saying you shouldn’t do it. In fact, I’m all for revitalizing derelict structures or repurposing really cool old buildings into breweries, distilleries, brewpubs, whatever. But, there are some serious considerations if you’re going to do it. I’ve outlined some of my concerns (some legal issues, some not-so-legal).

Can You Do It At All?

I had a client who was looking to locate a nanobrewery in a really nice, historic, just-off-the-beaten-path town. In fact they were looking to remodel the 1950s-era gas station that’s been abandoned for 20+ years and turn it into a brewery in the garage area and taproom inside (pretty neat idea, huh?). Well, the town told them “No way, we don’t want a brewery in our town. Breweries are like bars and we don’t want a bar in the [historic] downtown.” The client tried to explain, “hey, we’ll refurbish that vacant eyesore over there and bring you foot traffic, festivals…” The town just flat shut them down. The nano moved down the road to a different (more friendly) downtown area. Town’s loss.

Point is, whether it’s zoning issues, political issues, or whatever, make sure that you’ve identified the issues you’re going to face and know what you’re up against. In the case above, even if money were no object, the town was going to throw up every barrier they could to make it harder for the brewery – because that wasn’t the vision the town had for itself. Make sure your vision is shared by the town.

In the “South” even the old/historic construction is fairly new. Heck, most of Florida wasn’t built until after the invention of central air conditioning. But, whether it’s recently-old or old-old, be wary of the infrastructure that you might have to deal with.

Most brewers can immediately spot electrical issues (requiring rewiring), substandard/inadequate electrical service (doesn’t have 220 or the panel isn’t big enough), or even roofing or structural issues. But, what about what you can’t see? Are the drains sufficient, how long have they been building up sediment – do you even know where the drains/plumbing lead to? (especially an issue in buildings built in the early 1900s and before) You might have a great space in this really nice building, but do you know where the hole in floor drains to?

What about the incoming water? I talked to a client a while back that was looking to start a nanobrewery on a farm he had just acquired. “Great idea,” I said, “where’re you getting your water?” “Oh, from the well.” Uhhh… maybe not a great idea. If you’re using a well, do you know if the well can meet your water demand (remember, even SUPER conservation-minded breweries are still using upwards of 3+ gallons of water for each gallon of beer produced)? If the well can meet your demand, do you know what’s in the well? In many rural areas, you may have groundwater contaminated by heavy metals, pesticides, or other chemicals that maybe be below threshold values for residential purposes, but maybe not when you’re pulling a lot of water out of the ground.

Same thought process goes for streams or surface water sources. Oh, and make sure that when you start pulling your water, you don’t adversely affect your neighbor’s wells, streams, etc.

Lastly, on the subject of infrastructure, something not so easy to gauge from a simple visual inspection, can the floor stand the weight? Remember, you’re going to be putting several tons of grain, liquid, and equipment on that floor. And, just because it’s concrete, doesn’t mean it can stand the strain. You really don’t want to explain to the landlord that your fermenter just broke the foundation.

This was actually the genesis for this blog post. I saw this short article: http://rubensteinarchitects.com/a-craft-brewery-unreasonable-hardship/ and it got me thinking. I’m fond of saying that any commercial project will take more money, more time, and more effort than you plan on. But, there are some places that will cut you a break. Such as the article about “undue hardship(s).”

Without appropriate waivers, remember that, when you’re retrofitting, you generally have to bring the building up to standard code, regardless of what your requirements are. That can be seriously costly. I have a client that had to add a handicap access ramp from the parking lot to the front door (4 feet above the ground) so they could serve at they’re taproom. That required an almost 25 foot run to get a not-too-steep slope. That was a lot of concrete they weren’t expecting to have to pay for. In fact, they were moving into an old factory (really pretty space), but because they were adding a taproom to serve the public (changing the use of the facility), they couldn’t shelter behind a “grandfather-ed in” sort of rule.

Many towns, counties, and even states have various programs to encourage rehabilitation of older buildings or revitalization of certain areas. I’ve even had a client receive a grant of money from the state as part of the economic development of the area. And, while everyone would like the incentives to come in the form of a check, they can also be very useful as tax breaks or joint cost sharing.

What do I mean by “joint cost sharing?” Well, for example, I have a client that was looking to move into a historic building with inadequate electrical service. The town offered to pay for the service upgrade to get the power to the building, if the brewery would do the inside rewiring. This was a significant cost avoidance for the brewery. Other issues may include sidewalk upgrades, city bike racks, or redoing some of the city/town parking to support your business. All I’m saying is that you need to think out of the box. Brewers are pretty good at doing that anyway.

So… go out there and always consider the historic buildings, they make great breweries and great taprooms. But, keep your eyes open and consult experts before you get really serious about a particular space.