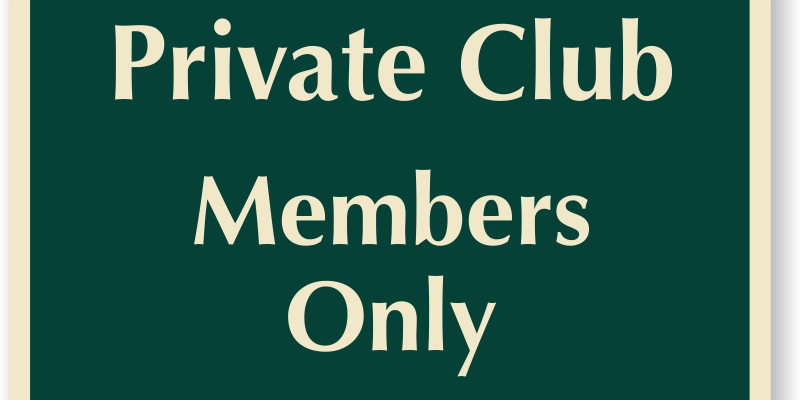 We’re getting a lot of questions about the differences between Private Bars and Private Clubs in NC. That means it’s time to blog about it!

NC has had the Private Club designation for Retail alcohol sales permits for a long time. But, the NC Legislature recently made a change. The 2019 legislative session saw the state create a new category for Private Bars. Why?

Well, the Private Club designation has long been around for the purpose of letting a private club – not open to the public – offer alcohol sales to their members as a member benefit, but not as their primary purpose for existing. The rules were originally written for organizations like the Elks Lodge, Country Clubs, and the Veterans of Foreign Wars (VFW). These are organizations that have a closed membership and a reason for existing separate from their serving alcohol. They have bylaws governing membership and are only open to members and “bona fide” guests of members – there’s no such thing as “guests of the house” in NC.

Several years ago, with the rise of small, independent bars that wanted to serve cocktails and mixed spirits (without having to qualify as a restaurant under ABC rules), the ABC started licensing for-profit businesses along these same guidelines. But this trend has mushroomed in recent years and the state felt that it needed to make a distinction between for-profit private bars and the other, more general private club status. Hence, as of Sept 2019, we now have Private Bars in NC in addition to Private Clubs.

Yeah, but what’s the difference?

In fact, right now, the only difference between the two is the application: Private Bars don’t need to submit bylaws for the organization in their application for a retail permit.

Bottom line: Until the ABC writes new rules (which is time consuming and lengthy process sometimes) Private Bars are treated like Private Clubs despite the new designation.

Through the COVID crisis, NC has ordered bars, restaurants, and other social gathering places to close for on-site services (alcohol, food, etc.). The ABC has said that, so far as any retail permit holder is subject to the Executive Order(s) regarding closure, there shall be NO on-premise serving or consumption of alcohol (see ABC Guidance on Executive Order 121, https://abc.nc.gov/PublicResources/Announcement?id=261&type=undefined&title=undefined).

As the state moves into Phase II of the “re-opening plan” (scheduled to begin 5/22 at 5p), Governor Cooper’s announcement yesterday has indicated that bars (which do not otherwise qualify as a restaurant) will continue to be closed through Phase II (see https://www.wxii12.com/article/north-carolina-cooper-phase-2-reopening-coronavirus-friday/32618235).

That means, for now, just because you’re a Private Club or Private Bar, you still cannot be open for on-premise consumption/serving of alcohol. Be sure to watch the ABC Announcements Page (https://abc.nc.gov/PublicResources/Announcements) as things continue to unfold.

Stay safe (and compliant) out there!