Why are (some) Trademark Attorneys Jerks? 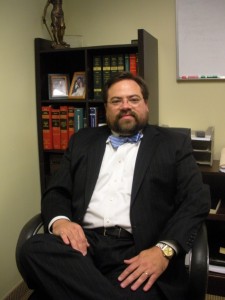 I consider myself a trademark attorney. Am I a jerk? I don’t think so. Well, at least not about legal stuff. Other stuff maybe.

Anyway, why is it that (some) trademark attorneys are the way they are? Let’s look at the issues here:

Trademark is as close to traditional “creative” pursuits as most lawyers get. Many business lawyers, criminal lawyers, and even patent lawyers (maybe especially patent lawyers) look at trademark lawyers like they practice some weird, soft, feel-good, squishy, ill-defined branch of law. Looking at the way marks “generate an image or feeling in the mind of the general public,” or how certain words “connote a different emotion,” than in the way the color is used, or how the line-art is shaded causes even some attorneys’ eyes to glaze over.

Like it or not, trademark attracts a certain breed of attorney/person. Layer on top of that the fact that trademarks often involve a business owner and owner’s self-identity, and you get an emotional powder keg with (potentially) real money involved.

Like we talked about above, whether a mark is “too similar” depends on a lot of factors including phrasing, connotation, technical definition, and color tones, shades, etc. along with markets, classes of goods or services, the list goes on and on. Oh, and no one wants to pay either attorney to actually sort the matter out.

Let’s take a step back and think about how trademark problems come up:

At this point, let’s assume that we’re the attorney for Allan. Allan tells us that

Ok, now that the situation is set up, let’s see how this plays out…

Lawyers are trained to be an advocate for their clients – regardless of whether a client is right or wrong. In fact, in most states, there is a legal requirement that an attorney be a “zealous advocate” for their clients. If you think that’s not a big deal, think about how we view the term “zealot” – do we think of zealots as rational, reasonable, willing-to-see-the-other-side folks? Generally not.

So what does the attorney do?

The attorney assumes that the other side isn’t represented (or if they are, it doesn’t really matter), the knee-jerk reaction is to claim, without reservation, that my client is right and you (or your client) is wrong, and if you can’t see that you’re a bumbling idiot.

So the attorney puts together the most aggressive, decisive, one-sided letter they reasonably can, based on the facts that their client has given them. Hoping that, on receipt of this letter, you totally cave in and admit defeat. Essentially a warning shot.

Nearest I can tell is that it’s far easier for an attorney to try and bluster their way through and intimidate whomever they can into caving in. It’s fast, cheap, and easy. It’s easier than explaining the law (to you *or* their client) and it makes them (or their client) feel like their attorney is doing a good job.

Let’s face it, if you’re paying me to defend your mark, you want me to stop the other person as quickly and as effectively as possible. Maybe that can be done with a single, aggressively enough worded letter. Then I’ve done my job well, right?

I call foul. Bullying and intimidation through legal threats and pompous, arrogant language are some of the reasons that lawyers have such bad reputations in the general public to begin with. The better attorney is always willing to explain the law and listen to the other side. Now, just because they’re willing to listen doesn’t mean that you’re going to change their mind, but they are willing to be civil about it.

In fact, I’ve found that the better the attorney, and the more right they are, the *less* aggressive and bellicose the attorney. It seems to be that the loudest attorney has the weakest case. Don’t take that as a rule, loud attorneys can be right too, I’m just sayin’.

When you get an aggressive (or even nasty) communication from an attorney, here’s the first thing to understand: they *really* don’t mean it personally. “Are you kidding me?” I hear you say, “They just said that I’m stealing and that I did it on purpose and…!” Yeah, well, that’s just the game they play.

I’ll be honest, I don’t like the game much myself, but it seems to be pervasive. And, again, the attorney isn’t meaning this as a personal attack (even though it sounds like it), they’re just trying to make their strongest, most assertive point up front and “get your attention.”

So, when you get a letter, DO NOT respond to it right away. Most attorney letters give some time to respond. Use the time. Cool off. Get some others’ opinions about what’s going on. Maybe even (gasp) talk to your own lawyer – even if you handle the response and everything else yourself, it’s good to make sure that you really understand the situation the way you think you do.

When you respond, make an offer. Generally, that’s what the attorney and the other side are really looking for to begin with. Think about responding similar to “ok, you asked me to do X. I can’t do X because of A, B, and C reasons. But, I want to resolve this too. I can do Y. Will you accept Y instead of X?”

This kind of response gets the dialogue open and moving. Generally, the attorney (and probably the other side) didn’t think you were really going to go for X anyway (but if you did – hey, WIN). Now that they know you’re paying attention, we can get down to business, and get a resolution. Both sides are satisfied because – hopefully – we’re moving toward a resolution, and it won’t be too expensive. And the lawyers are happy (because they’re probably billing by the hour) and back off the “in your face” tactics.

What if that doesn’t work?

Unfortunately, some attorneys continue to push and bully and threaten. In that case, get a lawyer. Sometimes, for whatever reason, lawyers don’t think the other side is serious until they’re talking to another lawyer. I guess, at some level, it says that the other side takes it seriously enough to spend money to address the issue. It also says that, with an attorney involved, you’re a lot harder to bluff and bully. I’ve had to have conversations with other lawyers that basically were, “Hey, lay off my client. Talk to me. And, neither I nor my client are as stupid as you seem to think we are.” And, generally, this has made things more civil and at least somewhat less aggressive.

I got all the way through that discussion and I still don’t know if I answered the question of “Why are some trademark attorneys jerks?” But, maybe I’ve given you some things to think about and some background as to the attorneys’ thought process. Here’re the takeaways:

And, somewhere in there, talk to your own lawyer if you need to.